Sequence
There are four major types: F, G, L, E. Also there are transition types: FG, GL.
The sequence is based on how much gravity source affect the galaxy or how many mergers happend.
From F (Internal only), to G(Outer gravity causing DW), to L (merger in progress), to E(Eventual shape after mergers). 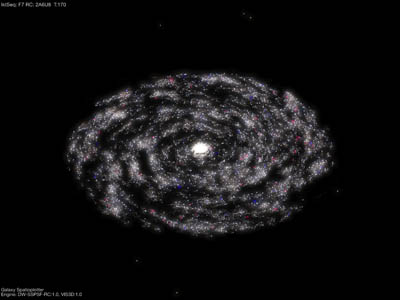 "F" sequence is a Flocculent Galaxy. No outer force, thus the structure is based only rotation curve and SSPSF.
There are F0 to F7. The number represents Rotation Curve ID (see parameters page).

FG is the transition from F to G. 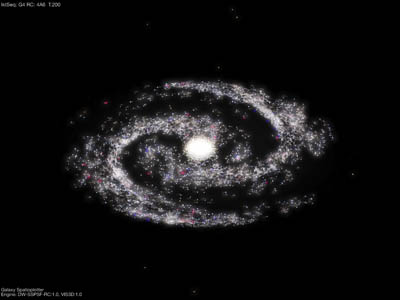 The grand design comes from Density Wave, which is probably caused by nearby galaxy or something that have high gravity outside.
There G7 to G0. The number represents Rotation Curve ID (see parameters page).
"c" represents the size of bulge.
"dw5" means m=1 density wave + m=2 density wave

GL is the transition from G to L. 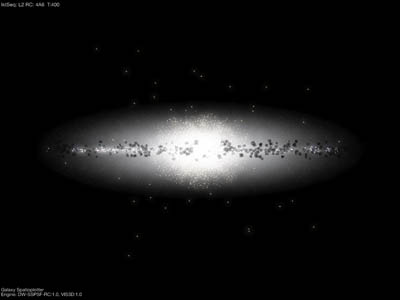 L is cased by merger of galaxyes. Thus, less DW effect, and more strong halo density. Dust lane remain visible.
There are L0 to L7. The number represents mostly the density of halo, and amount of matters. 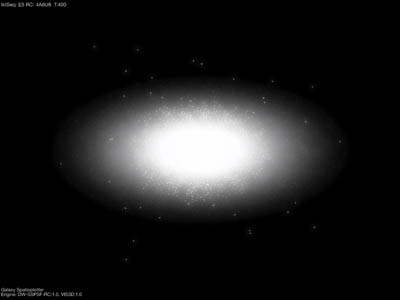 Good old Elliptical Galaxy. The number represent the shape of the galaxy.
There are E7 to E0.
E0 is total round.