Thursday, June 22, 2017
By keiji
A fun app this time - MagiCirGen - a magic circle (or Mahoujin) generator.
I had the general idea for long time, but finally I made it as an app.

The first idea I wanted was that I just want my own auto-generated "Mahoujin". It is a kind of so called Magic Circle, western terminology, while "Mahoujin" is the Japanese terminology in a slightly different purpose. Anyway, creating the pattern by hand is fun but takes time, so I wanted to program to generate it.

Then, the second idea was "Rotation in 3D". This is inspired by Pokemon Go's Pokestop. The rotating ring was cool and I wanted to generate a similar pattern.

Finally, recently I saw an article regarding "Mahoujin" projecting toward ground using pocket-projector to take Magic Circle effect in a photo.
It was kind of exciting, and it finally made me actually code the App to do so.

It is coming soon to iOS/macOS App store. 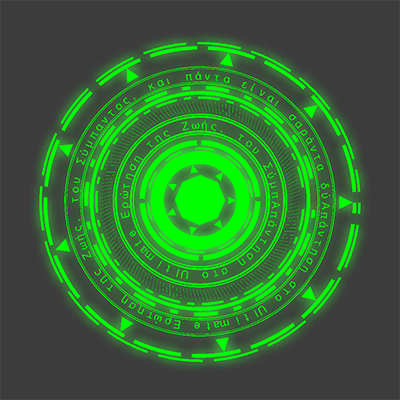 Re: MagiCirGen - Magic Circle Generator
#1Cody @ 04/14/19 9:44 AM
Is there any chance this might get a port over to windows os? id love to use this for a dnd campaign im running, but i have no access to an ios or mac system

Re: MagiCirGen - Magic Circle Generator
#2Inomata @ 04/27/19 1:55 AM
I'm Brazilian and I do not speak English very well, but your application is very good.